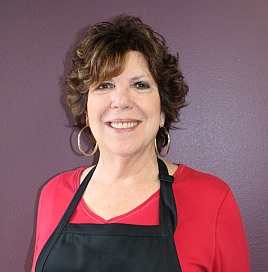 Laurie Zagon is an artist who lives and works in Dana Point and Laguna Niguel, California.

She is best known for her work as an abstract colorist, using the illusion of light on canvas to create a dual sense of dynamic energy and natural harmony.

Her work has been exhibited around the world, and is in many permanent corporate collections including The Prudential Insurance Company of New Jersey, Manufacturer’s Hanover Trust Co., New York City and Scripps Research and Cancer Clinic in La Jolla, California.

Influenced by the light and architecture of Barcelona and Madrid, Zagon lived and worked in Spain where she had four exhibitions within a two-year period. During this time she also created five editions of etchings with master printers in Madrid.

A former City University of New York Fine Arts Professor specializing in color and light theory for over 14 years, the New York born artist received her  Master of Fine Arts at Syracuse University where she studied with Milton Resnick and Friedl Dzubas. She received her undergraduate degree at the Maryland Institute College of Art in Baltimore where her teachers included Salvatore  Scarpitta, Sam Gilliam and Robert Moskowitz. Her work has been shown at the Helio Galleries, The John Szoke Gallery, The National Arts Club in New York  City, The Municipal Art Gallery in Los Angeles, and most recently at the Downtown Arts Development Association (DADA) show, the biannual open studios at the Brewery Arts Complex, and the Los Angeles County Museum of Art Sales & Rental Galleries in Los Angeles, California.